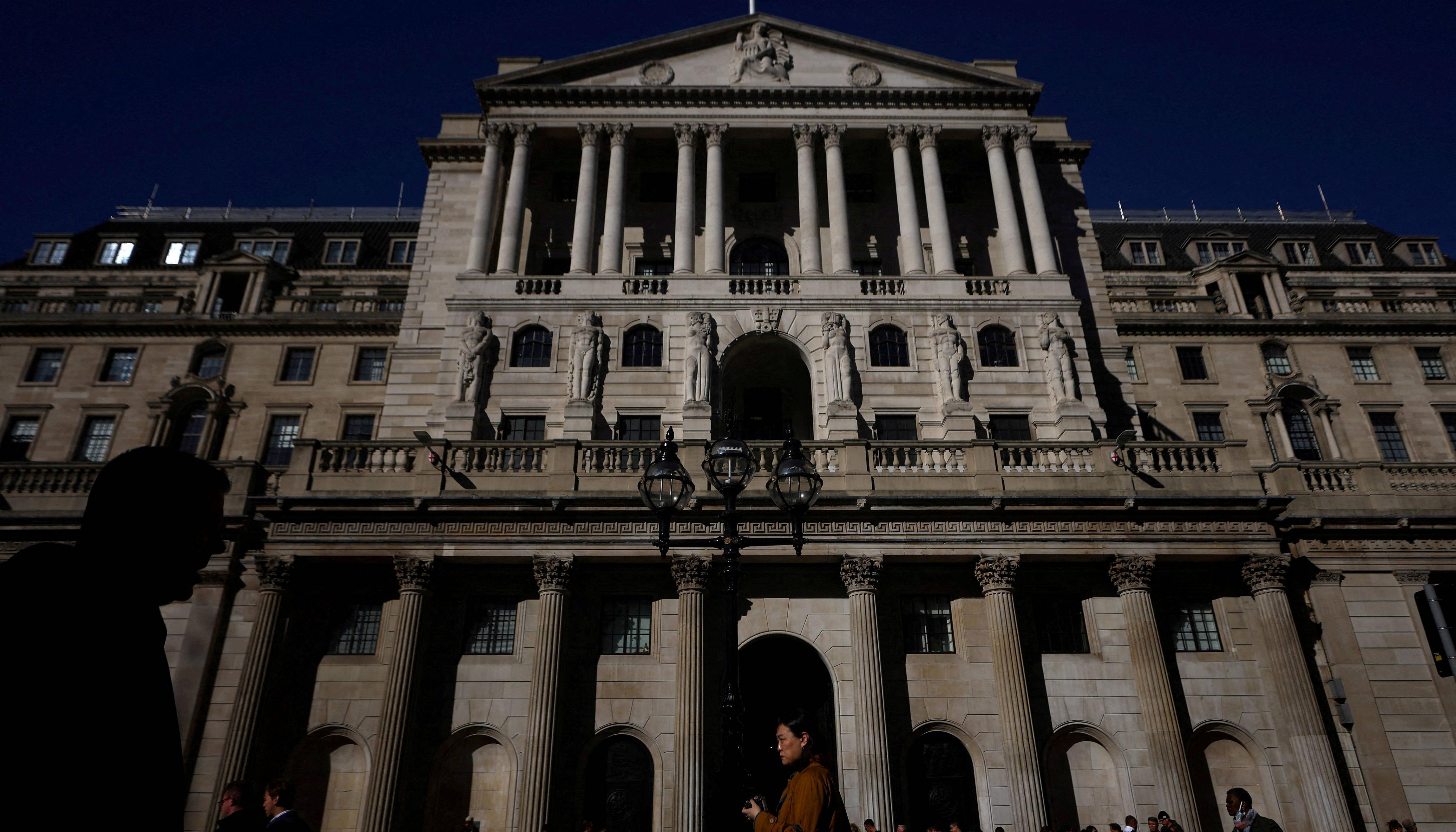 Traditionally, the banking industry has favored the traditional methods of storing money and paying for services, but the latest technology, the blockchain, is changing everything. The technology is transforming everything from payments transactions to how money is raised in the private market.

Compared to traditional banking, crypto finance provides a variety of services, including loans, interest-bearing accounts, and other products. It is also easier to use than the traditional system, since it doesn’t require the centralized middleman.

Among the many benefits of cryptocurrencies, the ability to send value in minutes is perhaps the most noteworthy. The blockchain technology that powers them also allows for smart contracts, which are digital agreements that automatically execute. The blockchain technology has been around for several years, and it is now beginning to change the way money is raised and distributed.

Besides being cheaper and faster, crypto transactions also have lower fees. The digital currency also requires no third party authentication, allowing users to be in control of their funds.

The traditional banking system, on the other hand, is the current financial system in the world. It provides financial support and a variety of products to different groups.

The traditional system operates within certain hours and requires the user to physically appear for large transactions. It is also subject to biases, including those in its loan products. Some banks charge exorbitant interest rates. The blockchain technology that powers cryptocurrencies has revolutionized the financial system.

The banking industry is exploring the benefits of crypto-market engagement. It has even been proposed that Congress pass comprehensive legislation to address the issues raised by digital assets. However, time will tell if these new regulations will help cryptos become mainstream.

Blockchain technology is transforming everything from payments transactions to how money is raised in the private market.

Using blockchain technology for payment processing has the potential to dramatically reduce processing times. Traditional bank transfers take a day or more to clear, and checks take even longer. If a friend doesn’t update their checkbook, your check might show up in their account a few days later.

The rise of fraud is a major concern for the banking industry. The Equifax hack exposed nearly 150 million Americans’ credit information. Nearly 1 in 3 Americans has a subprime credit rating, which makes it difficult to obtain affordable interest rates.

Using blockchain for financial transactions would allow a buyer and seller to interact directly, and eliminate the need for a trusted third party. The technology could also allow for self-executing contracts. The technology also makes it easier to establish a transparent ownership history. This could make capital markets more efficient and interoperable.

One example of the new potential of ledger technology is tokenizing traditional securities, which could make capital markets more efficient. Instead of selling shares to investors, a company would issue tokens.

Another example of the new potential of ledger technology is micropayments. Consumers can pay a small fee for a service, such as accepting credit cards. This makes it cheaper for both consumers and businesses.

A decentralized ledger is also a good solution for securing customer information. Because the information is stored on multiple blocks, it is hard for hackers to access it.

In addition to making payments more secure, blockchain technology can also help financial institutions complete their due diligence. Many banks charge transaction fees and price the risk of default into interest rates. By eliminating these fees, the financial institution could save money.

Interest rates can be in the double digits.

Depending on who you talk to, the digital currency has become a new business paradigm for most investors. Despite the novelty of it all, there’s a plethora of scams in the crypto realm. The best way to stay on top of the game is to read up on industry best practices. One way to do this is by taking advantage of the many free online resources available. Using a crypto-friendly platform will ensure that you never have to worry about your cash going down the drain.

There’s a lot of hype surrounding the crypto space, especially in the wake of the recent bitcoin fork. But like all business endeavors, there’s a learning curve to be reckoned with. If you are a crypto-curious novice, it’s best to arm yourself with the knowledge you need to stay on top of the game. With a little knowledge and a little luck, you’ll be on your way to crypto riches in no time. The best way to do this is to start with the best crypto-friendly platform on your radar. From there, it’s a simple matter of picking the right cryptos for you. Using a platform that supports the most popular cryptocurrencies will ensure that you are on the right track from day one. Likewise, using an exchange that offers leverage will ensure that you’re not left out in the cold should a trade go south.

ICOs are a way to sell tokens and bootstrap a payment platform.

ICOs (Initial Coin Offerings) are a way to sell tokens and bootstrap a payment platform. These offerings are often marketed as a low-risk investment that is easy to carry out. They offer startups access to a larger pool of investors.

These tokens are often denominated in ether or bitcoin. They may be tied to smart contracts or monetary incentives. Using tokens to raise funds is a popular strategy among startups.

A few companies have been able to circumvent the traditional fundraising process by selling directly to the public. Several projects have even created staking programs.

The best part about ICOs is that they are accessible to anybody, regardless of education or financial background. Although they are primarily deployed through Ethereum’s ERC-20 protocol standard, a company can conduct a token sale in any country.

A well-known example is the messaging app Telegram’s ICO. This one raised over $1.7 billion and bootstrapped a payment platform on top of the messaging network.

ICOs have also helped decentralize organizations. For example, many startups were composed of virtual teams that could be spread out across different regions. However, China, Thailand and South Korea have all banned ICOs. Similarly, the SEC has issued warnings about digital assets in 2017, and more class actions are expected in the future.

While an ICO can be a risky investment, it can also be a valuable tool for startups to raise funds. It lowers the barriers to entry for those with technical skills, while providing a wider pool of investors.

Stablecoins are a way to sell tokens and bootstrap a payment platform.

Unlike other forms of cryptocurrencies, stablecoins are a new class of digital assets. They are designed to offer stability to investors who want to diversify their holdings. They also serve as an anchor for trading cryptocurrencies.

Stablecoins are designed to hold value at a particular rate for a set period of time. They are usually pegged to an external reference such as a dollar, gold, or oil. Investing in a stablecoin will allow you to earn a higher return than a traditional savings product. But they also have their risks. Some issues with stablecoins include user error, loss of private keys, and hacking.

In addition to gold, other types of assets may also be used to back stablecoins. Real estate, precious metals, commodities, and other forms of collateral are also used. However, most stablecoins are backed by U.S. dollar reserves.

During the recent crypto boom, a number of stablecoins have gained in popularity. The Tether Gold (XAUt) and CACHE gold (CACHE) are two of the most popular stablecoins. They each feature a token that is redeemable for a troy ounce of investment grade gold. They have a higher minimum redemption amount, however.

Stablecoins have a large potential to change the global payment landscape. They are designed to offer price stability, speed of transaction, and security. They also offer the opportunity to interact with smart contracts.

Typically, algorithmic stablecoins are backed by fiat currencies and commodities. The demand for these types of stablecoins is based on market sentiment. Ampleforth’s AMPL token, for example, is a speculative vehicle that rewards holders with inflation when demand is high.

Where Can I Learn Blockchain Technology?