How Competitive is the Blockchain Developer’s Job Market?

How Competitive is the Blockchain Developer’s Job Market? 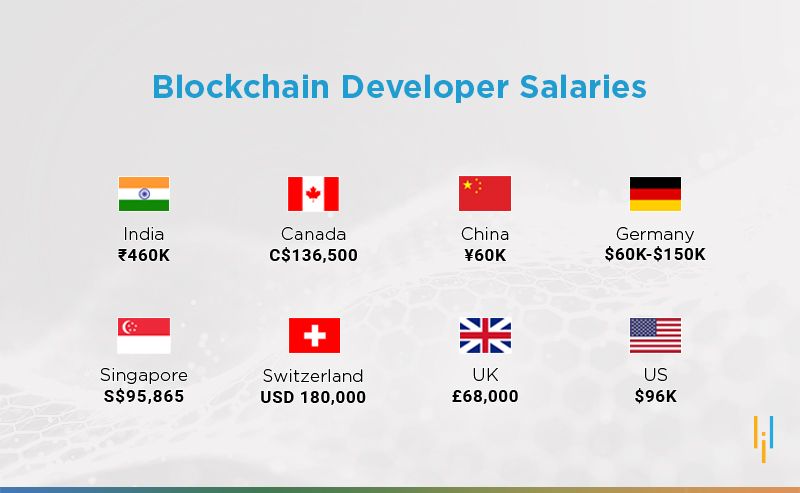 The job market for blockchain developers is relatively competitive, with salaries far exceeding those of similar positions in non-blockchain companies and organizations. These positions are mostly based in Silicon Valley and San Francisco, but there are also positions in New York City, Jersey City, and Newark. This article will provide you with information about salary ranges and career prospects.

Blockchain development is a rapidly growing and evolving field. To be competitive, developers must understand current trends and technologies in order to excel in their field. Additionally, they must learn about current best practices and adopt new ones as they emerge. This requires both technical knowledge and strong communication skills. For those interested in a career in blockchain development, there are several advantages to pursuing this field.

To get started, you should know some basics about cryptography and data structures. This is because blockchains use cryptography to keep data confidential, preventing outside parties from viewing it. In addition, you should be familiar with the architecture of blockchains. Learn about what a ledger is, how it functions, and how smart contracts are incorporated into the system. Moreover, you must know about consortium architecture, which is a decentralized architecture with multiple organizations that are responsible for the verification of blocks.

As blockchain technology continues to grow in popularity, job opportunities for developers will likely increase. The technology has been adopted by major companies in a variety of fields, including banking, insurance, and supply chains. Moreover, this emerging field is quickly expanding, creating a significant demand for blockchain developers. Those who wish to advance their careers in blockchain development can approach tech firms, crypto-related organizations, or security analyst roles.

Blockchain technology is a new form of decentralized computing, where information is recorded in blocks that are updated regularly. This means that there are no trusted third parties involved in data transactions. The decentralization of data allows the data to remain secure. Blockchain developers work on the forefront of this emerging field and build the early systems, applications, and infrastructure.

There is a high demand for blockchain developers as the use of digital assets grows every day. As a result, developers must be well-versed in blockchain technologies and be proficient in programming languages. Blockchain developers work closely with management to determine the needs of clients and translate this expertise into fast and secure digital transactions. They must be adept at writing multithreaded code and applying the latest cryptology techniques to protect digital transaction data. They must also be proficient in maintaining client-side applications and optimizing security through integration of new tools.

Blockchain developers are in high demand and earn excellent salaries. Wallet users increased from 3 million in 2015 to 28 million in 2018. Moreover, job postings in the blockchain industry increased by 200% this year. The global blockchain market is expected to reach $20 billion by 2025. This technology will revolutionize the digital world.

Blockchain technologies rely on various programming languages and platforms, so developers should have good knowledge of at least two or three of them. Blockchain developers do not need to be experts in every language, but it is crucial to have a solid knowledge of the most commonly used ones. They should also be familiar with a variety of frameworks and development libraries.

Blockchain developers also need to be able to collaborate with a team and deliver highly optimized solutions. Their work involves writing test-driven application source codes and working with other developers to develop solutions. They must be able to maintain and monitor their client-side and server-side applications. Furthermore, they should be familiar with different cryptographic techniques.

The salary range of blockchain developers varies depending on their skills and the location in which they work. For example, the average salary of a Blockchain Software Engineer is $119,000, but the range can be as high as $175,000 for developers with more experience. Similarly, the salary range for a Blockchain UI/UX designer is $85,000 to $110,000.

The salary of Blockchain Developers varies widely depending on their skills, experience and location. The average salary is $124,500 to $203,000, according to ZipRecruiter, and can range anywhere from a few thousand to over $100,000. The salary range of Blockchain Developers is high due to the high demand for such specialists in many industries. Moreover, several big companies such as Microsoft, Intel, and IBM have built up blockchain teams to meet this need. MasterCard and other organizations are also aiming to expand their blockchain development teams.

The career outlook for blockchain developers depends on a few different factors, including aptitude, skillset, prior experience, and location. Not everyone is suited for the role of a blockchain developer, but there are some perks to being an expert in this field. Some of the most well-known applications of blockchain technology include managing financial transactions, automating regulatory compliance, and authenticating digital IDs.

Blockchain development is an exciting new field with a bright future. Although this profession is relatively new, it has its roots in the software development industry. As a result, there are multiple educational pathways to learn the skills necessary to work in the field. If you’re interested in learning about this rapidly growing field, consider becoming a blockchain developer.

To become a blockchain developer, you must possess a strong academic background in mathematics, computer science, and information technology. A Bachelor’s degree in one of these fields is the minimum requirement. Alternatively, you can have previous experience in a related field. While you don’t necessarily need programming experience, you must have strong analytical skills and effective communication skills.

The best way to prepare for a blockchain career is to identify your interests and learn about leading frameworks and technologies. Learn more about Python or Java, which are object-oriented programming languages that are popular amongst blockchain developers. Both Java and Python are interpreted languages, meaning that they are read by interpreters rather than written by humans. Additionally, these languages have minimal implementation dependencies. Consequently, they can be used across platforms.

What will happen to blockchain technology tomorrow?

How Can I Make Money With Blockchain Technology?