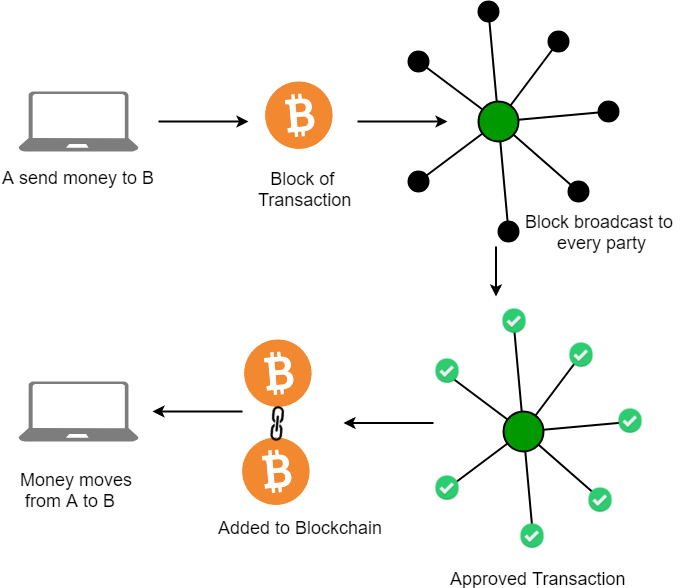 There are several facets of blockchain development, from Bitcoin to applications. In this article, we will discuss these aspects. We will also look at Satoshi Nakamoto, the person or group of individuals credited with creating the technology. This person or group is widely believed to be the brains behind blockchain technology.

Blockchain is a decentralised distributed ledger that records transactions without the need for third-party authentication. It has a wide range of uses, including financial services and exchanges. Its speed, decentralisation, and transparency make it ideal for such applications. The first blockchain applications appeared in 2014. By 2017, 15% of banks were using the technology. In 2013, Vitalik Buterin founded Ethereum, which is now the second largest cryptocurrency by market capitalisation.

In 1991, W. Scott Stornetta and Stuart Haber envisioned a system in which digital documents were securely timestamped. These ideas eventually evolved into the concept of a decentralized, secure chain of blocks. A timestamp ensures that the chain cannot be altered. In 1992, Merkle trees were added to the system, making it even more efficient. Eventually, the Bitcoin community began to use Blockchain for financial transactions, and it was soon recognized as a disruptive force in the financial industry.

Today, it is one of the most popular and revolutionary technological innovations since the advent of the Internet. Although most people are familiar with Bitcoin, Blockchain has now migrated to a range of other sectors and is democratizing and transforming many industries. If you are considering a blockchain-based investment, you need to understand how it works.

Blockchain is a distributed ledger that is shared among computers, or nodes. Its main purpose is to record transactions and information in a digital format. Blockchains are most well known for their role in cryptocurrency systems, as they maintain a tamper-proof, secure record of transactions.

The first application of blockchain was Bitcoin, which solved the problem of distributed consensus in a trustless network. It did so by combining public key cryptography and the Proof of Work mechanism. This mechanism enabled a secure, decentralized, and controlled way to mint digital currency. As a result, Bitcoin became one of the most popular and profitable digital currencies.

Blockchain technology was originally created for Bitcoin and is best known as a decentralized digital currency. It is based on Cryptography and time-stamped digital documents that are stored in a chain of blocks. However, this technology is expanding beyond the cryptocurrency realm. Ethereum is one example of a blockchain that has been used for program execution. Using this technology, users are able to create and use sophisticated programs that communicate with each other.

Blockchains are making a huge impact on a variety of industries, from healthcare to supply chains to voting. The technology is still developing, and the possibilities are endless. Even though blockchain is a relatively new technology, its development history is rich. We’ll take a closer look at some of the early steps in its development.

Blockchain is a digital ledger that is gaining a lot of momentum as the world moves to a decentralized environment. Blockchain is a distributed peer-to-peer network that uses cryptography to record transactions and track assets. Every transaction is recorded in a block that is copied to each server that is connected to the network. This process eliminates the need for intermediaries, which can increase the costs and time of a transaction.

In 2008, Satoshi Nakamoto published a research paper that was based on blockchain. It was titled “Bitcoin: a Peer-to-Peer Electronic Cash System”. Satoshi Nakamoto’s paper outlined the same principles as David Chaum’s paper and added the “proof-of-work” consensus mechanism. Today, most people believe that this technology was invented by Nakamoto, who has not been identified yet.

While blockchains are mostly used for financial transactions, they have many other uses. They can be used to track products from shipment to final delivery. The ability to trace these products can help prevent outbreaks of contamination in food products. In many cases, this technology allows businesses to reduce costs by removing intermediaries and the need for expensive third-party authorizations.